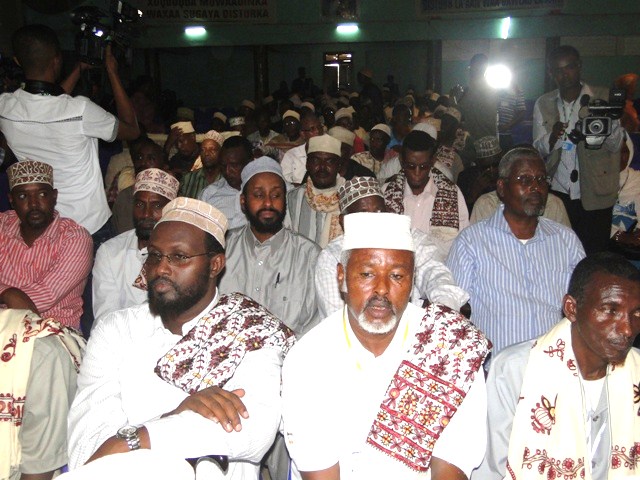 As the mandate for Somalia’s Transitional Federal Government (TFG) is set to expire on August 20, 2012, the international community is working urgently with elders and community leaders in the Technical Selection Committee (TSC) to select the delegates that will in turn select the National Constituent Assembly (NCA), which will have the power to ratify the draft constitution.

Peter de Clercq, the Deputy Special Representative for Somalia for the United Nations Political Office for Somalia (UNPOS), posted a blog entry today indicating the process is inching forward after working with the TSC during a recent visit to Mogadishu.

However, today sources said that the planned meeting at the Police College in Mogadishu for the TSC to present the names of 850 people to comprise the NCA has been postponed due to “technical reasons.”

According to Abdi Ali, the Minister of State for Internal Affairs, the postponement was due to the lack of identity cards for the 850 delegates who were to begin the process to ratify the constitution on the following Monday. He indicated the process would begin on July 23, 2012.

Farah Dehg, one of the elders in the TSC, contradicted this claim and stated that the body has not agreed on enough delegates for the NCA.

Other sources say that the TSC insists it should have the power to debate at least 11 clauses of the constitution before nominating delegates. However, Somali President Sheikh Sharif Ahmed informed the TSC last week that changes to the draft could only be done by the NCA. It remains unclear the extent to which the NCA can amend controversial clauses in the current draft.

More broadly, the process to ratify the constitution and form a permanent political apparatus has been mired in controversy over its perceived exclusivity.

Many Somalis see the constitution as an internationally-led process that is peppered with Somali elites who must rubber stamp the document rather than open up the constitution for wider debate.

Even if the process gets back on track, much more collaboration needs to be done outside elites in Somalia in order to give the constitution and the new government any legitimacy.

Alternatively, one can expect more declarations of mini-states or unofficial systems of justice meted out by warlords, clan militias, and Islamist movements as an ongoing trend in Somalia for the foreseeable future.