Lifting The Arms Embargo in Somalia: A Brief Outlook

The United Nations (UN) imposed an arms embargo against Somalia in 1992 in an effort to reduce the flow of arms to warlords during the beginning of the civil war.

Previous governments called for the ban to be lifted, and Somalia’s new administration has continued a similar campaign.

The Somali government wants the arms embargo lifted so that it can acquire the tools necessary to hold territory and consolidate gains made against al-Shabaab without dependence on AMISOM’s tanks and firepower.

It also seeks the rights of a sovereign government that does not appear under the thumb of the international community.

Though the Somali government lists legitimate justifications, there are several fundamental issues directly related to lifting the embargo that need to be addressed in Somalia’s security sector in order to make the removal of the embargo effective and to limit potential negative consequences of more arms flooding into Somalia:

Making the Somali National Army “national” in more than name. Somali security forces still remain a force made up of clan, warlord, and paramilitary factions rather than a unified force. If these forces are not properly integrated into a cohesive body, President Mohamud’s administration could be seen (as they are by pro-Puntland observers) as using the removal of the arms embargo to “arm to his [Hawiye-Abgaal] clansmen in Mogadishu” or to arm other proxy forces.

More seriously, the divided nature of pro-government security forces could be the grounds from which an  arms race begins by clans or other armed groups to be used in defense or offense against other rival militias.

Resolving basic security issues.  The Somali security forces’ insufficiency of arms is not the only factor that has allowed al-Shabaab to be a continued menace or for general insecurity matters to persist. The strategy and efficacy of the security apparatus to stop guerrilla attacks and to police successfully are equally important.

For example, more arms would not have prevented an alleged al-Shabaab defector from gaining entrance into the heavily protected Villa Somalia government compound and detonating himself in the vicinity of Prime Minister Abdifarah Shirdon.

Additionally, the frequent occurrence of mass arrests of al-Shabaab ‘suspects’ or shootouts between government forces warrants a revision of the overall security strategy and the discipline of soldiers and police.  The effort to lift the embargo should not overlook these basic security concerns.

Paying Somali security forces consistently. Somali soldiers have long been known to sell their arms provided to them in order to make up for wages not paid to them for months at a time. Therefore, an influx of new arms to government security forces may eventually be funneled to weapons dealers–or even al-Shabaab–if inconsistent pay and other incentives to sell government weapons are not removed.

Assessing ways to safely transport and track large shipments of arms. Moving large shipments of arms/vehicles/equipment  throughout Somalia could be difficult since al-Shabaab still controls many roads between major cities; ambushes remain frequent. It is highly likely that al-Shabaab would use its control of (or presence near) main transport routes to hijack these lorries and reinforce its own military caches.  This type of threat makes it difficult to transport large volumes of military equipment and calls for a system to track these assets as they enter and move about the country.

Beefing up port security. Al-Shabaab has been exploiting weak port security along the Somaliland/Puntland coast to receive weapons from abroad. It also still controls the port of Baraawe–located halfway between Kismayo and Mogadishu.

If  arms shipments along the coast increase in a post-embargo scenario, al-Shabaab will look to expand any means it can to receive more weapons from its allies outside the country.

Clarifying legal rules regarding who can import arms and contract military training.  In recent years, Puntland has disregarded the arms embargo by receiving military training and arms from private military firm SARACEN in order to fortify its regional security force, which is battling an increasing number of al-Shabaab forces in the region.  Another anti-al-Shabaab militia–ASWJ–has received similar support from private military firm Southern Ace and Ethiopia.

Following these leads, other regional states may seek to arm their security forces apart from any assistance it may receive from the federal government. Here again, the clan-based composition and loyalty of local, regional, and national security forces is relevant. As mentioned earlier, there is a risk that an arms build-up between clan-based security forces could trigger new waves of armed clan conflict that are unrelated–and will in fact undermine efforts to fight–al-Shabaab.

The Somali federal government is already engaged in a complex and potentially de-stabilizing battle with the country’s regions over how to implement federalism and power-sharing under vague details in the constitution. The debate about who can buy arms will be an added dimension to this.

Consequences In The War Economy 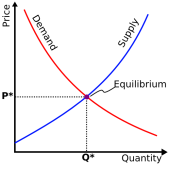 Another important consequence of lifting the arms embargo that should be considered would be the effect in domestic arms markets. A recent report explained how the price of AK-47s and bullets had shot up in recent years due to policies meant to curb the availability and sale of arms and ammunition.

The number of arms that would eventually flood the arms market in Somalia after lifting the arms embargo would work against the Somalia government’s efforts to keep arms out of the hands of civilians,  weapons merchants,  al-Shabaab, and other militias.

It also would make the price of these goods tumble over time. This price decrease would make arms imports even cheaper. So, while government forces would have more arms to fight al-Shabaab, the insurgents themselves would benefit from the implications in the war economy.

Lifting the arms embargo is a measure that seeks to address the force capacity of Somali security forces, but it does not address the internal and strategic factors limiting its effectiveness. Additionally, the economic impact on the availability and price of arms cannot be ignored.  Therefore, the effort to lift the arms embargo should not overshadow the importance of other issues in Somalia’s security sector.