Amid New Qatar Allegations, Is Gulf Investment Good for Somalia?

In a span of three days last week, Qatar went from alleged villain to aspiring hero in Somalia.

First came the allegation that Qatar had funded a terror attack in Puntland that was later claimed by the Islamic State supporters in Somalia. The primary piece of evidence was an audiotaped conversation between a Qatari businessman close to the government and the Qatari ambassador to Somalia:

“The bombings and killings, we know who are behind them,” the businessman, Khalifa Kayed al-Muhanadi, said in the call on May 18, about a week after the bombing. The violence was “intended to make Dubai people run away from there,” he said, referring to the Emirates’ financial capital.
“Let them kick out the Emiratis, so they don’t renew the contracts with them and I will bring the contract here to Doha,” the capital of Qatar. If accurate, his claims are striking new evidence of the potential for the competition among Persian Gulf states to inflame strife across the Horn of Africa.

Is it possible for an independent investigation to evaluate the veracity of the allegation when Qatar is one of Somali President Farmaajo’s closest allies? Qatar was one of the main funders behind Farmaajo’s 2017 presidential campaign and has promised to invest heavily in infrastructure projects in the next few years.

Since the tape has been released, it appears Qatar is redoubling its effort to show itself as more hero than villain in the country.

First, Qatar sent an air ambulance to care for the victims of an al-Shabaab suicide blast that took place in the offices of the Banaadir Regional Government in Mogadishu. Mayor Eng Yarisow and others were shown being transported to Qatar for treatment.

Days later, the Qatari ambassador flew with a delegation to Jowhar to meet with the Hirshabelle president and discuss two infrastructure projects: the road linking Jowhar to Mogadishu and the potential construction of a new port in Adale. 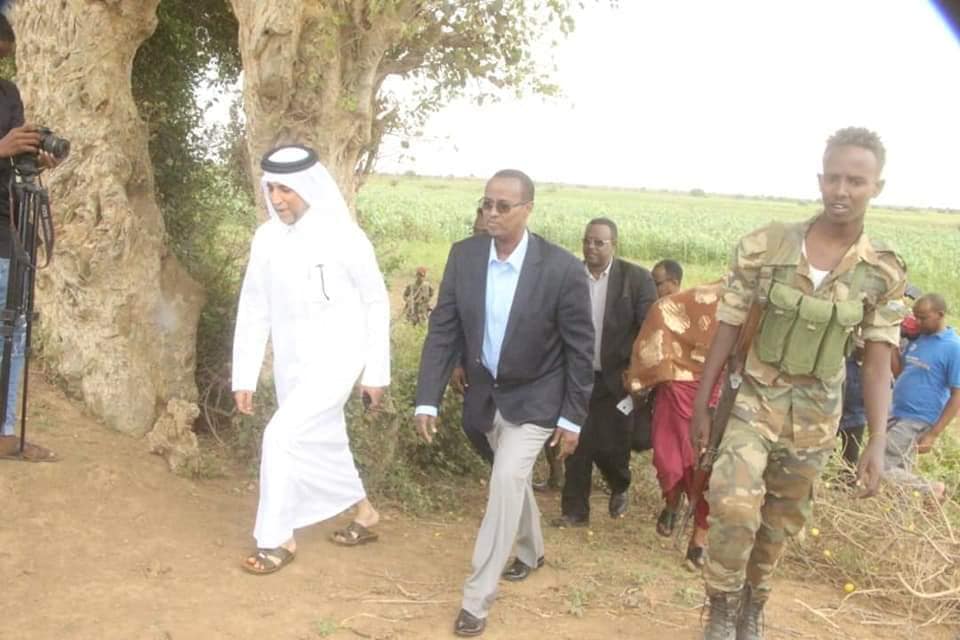 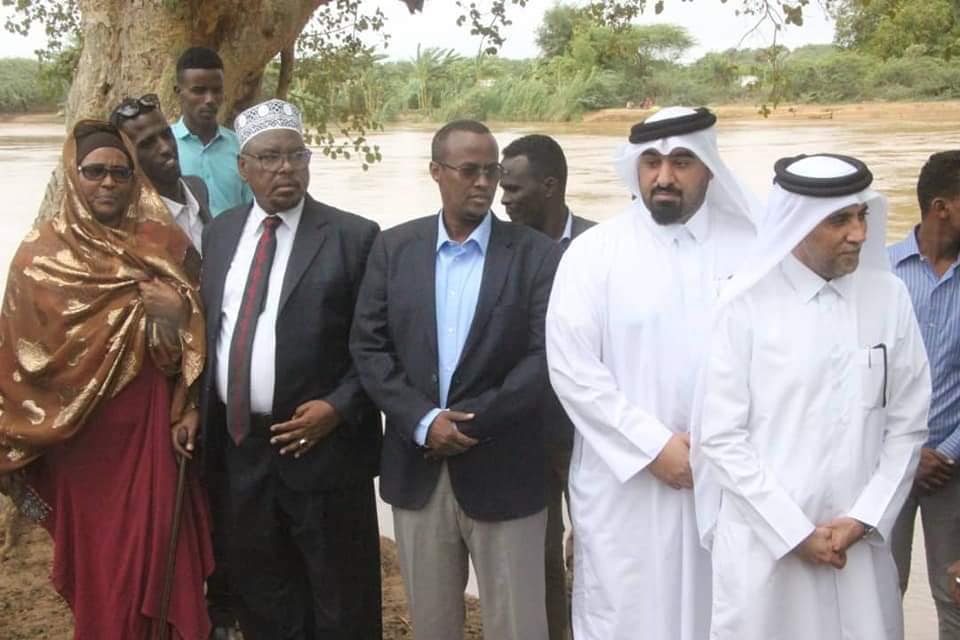 Of course, Qatar’s interest in Somali infrastructure projects is not new.  The Qatari-funded road linking the outskirts of the capital to Mogadishu began in earnest on July 21 — one day before the NYT article (h/t @YoNabadi). 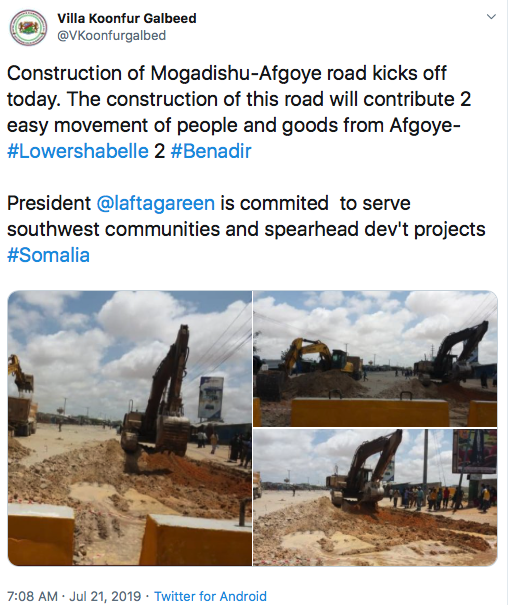 But, to what extent is it worth it for Somalia to attract investment from Gulf allies amid such an intense rivalry between Qatar and Turkey on one side and United Arab Emirates on the other?

On one hand, Somalis will receive a huge boost in investment of regional ports, as Emirati companies manage Berbera and Bosaso, while Qatar operates the quays in Mogadishu.

Contrastingly, if the NYT story is accurate, the disputants may feel they can take extreme measures to undermine each other with impunity. (It should not be forgotten that the UAE is one of the primary benefactors of the illicit charcoal trade, which contributes to al-Shabaab’s revenue and results in significant environmental degradation in Somalia.)

Equally important, there is a risk that a political crisis could result in the rapid withdrawal of Gulf support without consideration for any negative consequences. For example, in April 2018, the federal government of Somalia (FGS) seized $9.6 million at Mogadishu airport from the UAE on the suspicion that the Emirates were funneling the money to anti-FGS interests. As a result, the UAE shut down its military training center in Mogadishu. While the FGS claimed it would take over the site, the center was inevitably looted, and hundreds of arms were put up for sale by weapons dealers.

There are also questions whether these are the best deals that regional authorities could reach. As part of the Berbera deal in Somaliland, UAE-based company DP World has a majority stake (51%) while Somaliland only has 11% more equity (at 30%) than Ethiopia (19%). It is unclear what deal was reached between Puntland and P&O Ports. But Mogadishu receives 55% of Mogadishu port revenue while Turkish firm Al-Bayrak receives 45%.

Notwithstanding Somaliland’s claim of independence — would regional administrations reach better port deals if they finalized their revenue sharing formula with the FGS and presented a united front toward investors?

If Gulf countries invest in Somalia in a way that will not straddle the country with seemingly endless debt (as the Chinese are with the rest of east Africa), then that is another positive consideration. But it should not preclude an effort to properly oversee the totality of their involvement in the country.

Like Loading...
‹ Analysis: Does Somalia’s Jubaland Leader Deserve Another Term?
PHOTOS: Al-Shabaab Damage Equipment During U.S. Base Attack in Kenya ›