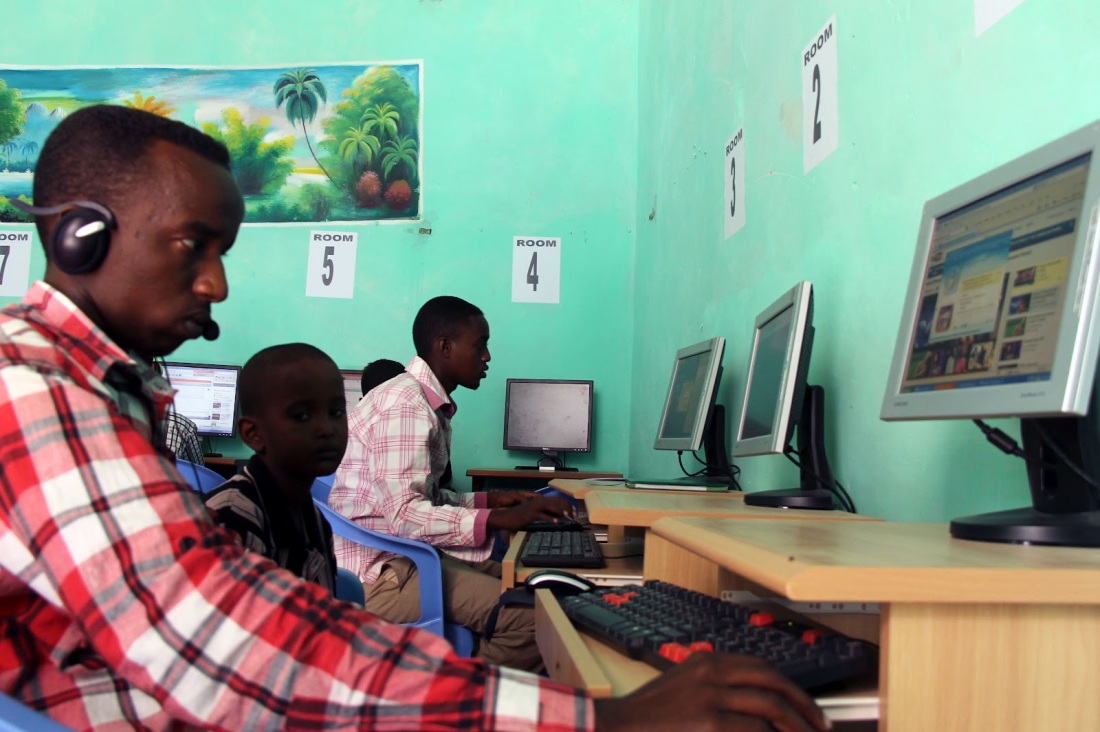 Militiamen loyal to Colonel Iftin Hassan Baasto–who along with others declared himself Jubaland president after Ahmed Madobe’s initial election–clashed with Madobe’s Ras Kamboni troops reportedly after being denied access to see Somali Secretary of Defense Abdihakim Mohamoud Fiqi for a meeting. The fighting allegedly killed three civilians and four of the fighters from the warring sides.

Outside the battlefield, a fiery discussion took place on Twitter regarding the nature of the events.

Pro-Jubaland commentators such as Abdirahman Tamaam (Kismayo-based spokesperson for the Jubaland Intellectuals Forum) believed that there was growing evidence that the Somali Federal Government (SFG) was instigating trouble through the increasing number of militiamen operating in the port town–a move that goes against the role he says it should play in in the country.

What if @thevillasomalia spent as much energy and effort at peace and reconciliation, service delivery………. #Kismayo, #Jubbaland

Similar accusations of underhanded SFG action were expressed by others.

I blame the #Somalia government for the #Kismayo clash. Instead of defusing the tension, they escalated it from the get go.

Since Baasto hails from the small Awrmale sub-clan of the Hawiye clan (long rivals of the Darod clan family), Farah also accused the SFG of exploiting clan tensions in order to weaken the perception that Madobe and his mainly Darod forces are capable of managing clan dynamics in the port city.

Others commentators highlighted allegations that Madobe’s Ras Kamboni forces attempted to kidnap Baasto–driving home the point that these troops are not as credible as many claim.

#News: Ras Kamboni tried to kidnapp Iftin Basto(self declared prez) but a militia loyal to him repelled the attack.-hiiraan.com/news/2013/Jun/…

Another noted perception is that pro-Madobe forces (referred to as the “Jubaland army” by its supporters) are too closely tied to support from the Kenyan army via the country’s president Uhuru Kenyatta. This has led to pejorative terms for Madobe’s group linked to Kenyatta’s Kikuyu tribal affiliation.

Operation get rid of Kikuyu lapdog RasKamboni RasKikuyu has begun in Kismayo.Madobe has been kicked out before so their shall be no civilwar

Amid these strong sentiments, there are still some moderating voices that are wary of the negative impact that the nature of the accusations and positions may have on reaching a resolution.

@shillinson #Jubaland is actually restive just like everywhere else in #Somalia. Blaming Hawiye or anyboy else won’t cleanse conspiracies!

The people of Kismayo have become hostages to the politics of selfish warlords using the city as a shield. Hope sanity prevails in the city

Well-known intellectual Abukar Arman, who has written importance pieces on the issue, calls for self-reflexivity on the tone and content behind the debate.

#Somalia The mother of all negative political repercussions is attitude & the father is an ill-conceived perception! #jubbaland — Abukar Arman (@AbukarArman) June 7, 2013

Abdirizak Hassan also importantly notes that despite the concretized position among contesting parties, each side should admit its own weaknesses and seek cooperation since individual agendas will never be able to be achieved unilaterally.

No leader or clan can make Somalia under their image. You have to settle with what is possible now & let it evolve overtime, or you ruin it — Abdirizak A. Hassan (@AbdirizakAH) June 7, 2013

Looking at the history of control in Kismayo, maintaining alliances and reducing the number of enemies is sage advice for those looking to keep stability in the port–especially as al-Shabaab execute regular attacks at Kismayo airport and look to exploit any cracks in the port’s security.

While recent photos show political elite meeting ostensibly in earnest in Nairobi, it is possible that these individuals hold (or at least are representing constituencies or working with advisors that harbor) similarly polarized opinions as those exhibited in social media–meaning that a non-violent solution is not likely a diplomatic handshake away.

Moderating voices on Twitter are currently trying de-polarize the discourse to a point in which the different sides can speak to one another in the same universe.

Similar roles might be helpful at the top level in order to decrease the temperature in the room and promote an environment in which stakeholders can address the serious suspicions and allegations held by each side.

However, outside the Twitterverse at the moment, it is much harder to identify which parties are best equipped and credible to perform such a role in order to prevent similar or larger clashes from occurring again soon. A tweet from Voice of America’s (VOA) Harun Maruf is a reminder of this threat.