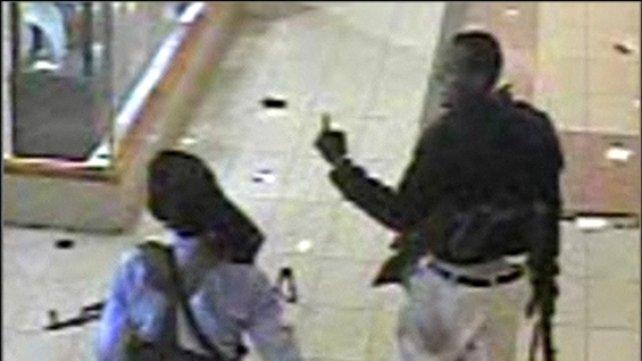 While most reports have focused on the potential role and corresponding backlash against ethnic Somalis in regard to the Westgate siege, there continues to be a steady current of activity of Sudanese militants among al-Shabaab, al-Qai’da (AQ), and other armed movements in East Africa.

In findings about the alleged identities of the Westgate attackers, a Sudanese man known by his nom de guerre Abu Baara al-Sudani was thought to have been trained by AQ and commanded a group of at least three other militants linked to al-Shabaab and AQ during the attack–including Omar Nabhan, Khattab al-Kene and Umayr.

The spokesman for the Sudanese Armed Forces denied al-Sudani was a Sudanese national and insisted he was “of Somali origin”–joining the loud chorus scapegoating ethnic Somalis for violence in Kenya.

Abdirahim was thought to be responsible for training al-Shabaab’s highly feared Amniyaat (intelligence squad). He was also part of a long trend in Sudanese jihadis in Somalia and further abroad.

In the 1980s, Sudanese were part of the thousands of foreigners who fought against Soviet-led Afghan forces in Afghanistan.  In the next decade, Osama bin Laden’s residency in Sudan was also key to the development of Sudanese jihadists. He set up camps in the country to train fighters for duty abroad and sent Abu Hafs al-Masri as a liaison to groups like Sheikh Hassan Dahir Aweys‘s al-Itihad al-Islamiya (AIAI) to deliver training and resources.

But, AQ’s Somalia ventures were characterized by “frequent extortion” by Somali clans, other local clan dilemmas, and difficulties transiting in and out of the country.

These factors may have played into the list of reasons why bin Laden was reluctant to accept al-Shabaab as an official affiliate–a move his successor Ayman al-Zawahiri questionably reversed in February 2012.

After Sudan relented to pressure to kick bin Laden out of the country in 1996, many Sudanese jihadis with the help of AQ continued to ply their trade abroad rather than domestically due to threats from Sudan’s security apparatus and the overall unpopularity of a religious revolution brought about by the gun.

By the early 2000s, Sudanese such as bin Laden associate and alleged AQ in East Africa leader Tariq Abdullah (aka Abu Talha al-Sudani) had trained in Lebanon with Hezbollah to become an explosives expert and was reportedly critical to several successful bombing operations in Kenya and Tanzania, as well as a planned operation in Djibouti. Before his death in 2007, he had also been responsible for training militants in Somalia (of which one of remains in Guantanamo Bay).

More recently, the July 2013 United Nations Somalia and Eritrea Monitoring Group (UNSEMG) report claimed that as early as 2011, AQ leader Ayman al-Zawahiri had designated a Sudanese man in his 50s only known by his first name “Hassan” to be a key liaison with al-Shabaab leader Ahmed Abdi Godane.

Hassan’s duties were to train militants in Somalia and in a camp allegedly located along the South Sudan-Kenya border where Nigeria-based Boko Haram were supposedly present in March 2011 (according to a self-proclaimed former Amniyaat operative.)

Other Sudanese have assumed key positions with al-Shabaab in Somalia, including Mahmud Mujajir, a key suicide bomber recruiter.

Sudan’s security apparatus has been aggressive against Sudan-based extremist groups.  In December 2012, it raided an alleged Rigal Hawl al-Rasul training camp in eastern Sennar state that was reportedly training “highly educated” militants to fight in Mali and Somalia. The group had previously attacked local government installations.

While only 10% allegedly identify as Salafists in Sudan,  there have been cracks in Sudan’s efforts to address those talking about joining jihadi groups–especially among university youth.

In 2010, militants from the Sudanese extremist group Ansar al-Tawhid–who were imprisoned for the 2008 murder of an American diplomat in Khartoum with the help of AQ in the Land of the Two Niles–managed to succeed in a spectacularly recorded escape from Kober prison in Khartoum.

The family of one escapee known as Mohannad Osman Youssef claimed he fled to Somalia and later died there.

Two other escapees at large (Abdel-Basit Haj al-Hassan and Mohamed Makkawi) are suspected to be in Somalia as well.

Foreign fighters in al-Shabaab have been fleeing al-Shabaab for over the last year in part due to decreased safe havens in major cities and Godane’s suspected assassinations of foreigners–including now-deceased AQ in East Africa leaders linked to bin Laden era networks–and veteran Somali leaders who he perceived as threats to his authority.

Sudanese may have been victims of these internal scuffles for awhile.

Before dissident Omar Hammami (aka Abu Mansur al-Amriki) was killed in September 2013 at the hands of pro-Godane militants, his January 2013 Arabic-language document release entitled “The History” described how he suspected Godane may have been responsible for the 2007 death of AQ East Africa operative Tariq Abdullah. This was part of a long laundry list of complaints Hammami lodged publicly before his death.

Additionally, at least one Sudanese national with links to Hammami was reported to be killed by Godane loyalists during the most serious spate of al-Shabaab infighting to date that took place in Barawe in June 2013.

It is quite possible that internal turmoil within al-Shabaab and overall military pressure in Somalia could cause more foreign fighters–including those currently in Sudan–to explore opportunities with other extremist movements and factions looking to carry out operations outside of Somalia in East Africa.

If this theory holds out, it would be likely that Sudanese could again work with Kenya-based networks or AQ/al-Shabaab-affiliated leaders like Ikrima to carry out operations elsewhere in the region.

Like Loading...
‹ Post-Westgate Kenya: Between Scapegoating and Solidarity
After Drone Attack, Al-Shabaab “Save Face” While Media Get It Wrong And Right ›