Last October, Ethiopia made similar withdrawals citing “lack of support” from the international community for its Somalia operations, while some attributed it to the need to discuss ongoing strife inside Ethiopia.

Somalia expert Abukar Arman has noted that in the past Ethiopia has executed withdrawals from Somalia ahead of an annual London conference for Somalia in order to extract funds from the international community.

Notably, the next London Conference is one month away.

CABINET APPROVED: The Somali parliament overwhelmingly approved the cabinet nominated by the Prime Minister, despite previous calls by 40% of parliamentarians to amend its composition due to questions about clan and gender balance and individual credentials.

Parliament, which has had consistent problems with truancy and reaching quorum, should probably focus its criticism inward as its members have yet to take up any major business since being sworn in.

Now that the parliament consists of an Upper House as well as a Lower House, parliamentarians must justify the expanded bureaucracy with corresponding efficacy.

SOMALILAND COURTS TRUMP: Glover Park Group (GPG) lobbyists Joe Lockhart and Joel Johnson (former staffers to ex-U.S. President Bill Clinton) will help Somaliland in efforts to improve relations with the United States — all toward the goal of receiving recognition as an independent nation.

ISIS  AND AL-SHABAAB CONTINUE ATTACKS: Pro-ISIS militants were allegedly responsible for the assassination of an intelligence officer in Mogadishu and a roadside bomb attack outside Qandala, Puntland this week, which led to a brief firefight. Observers have wondered if the group could bounce back following its ouster from Qandala in December. It had held the remote port town for two months.

Al-Shabaab, a rival to ISIS, has continued its string of car bombings, ambushes, and assassinations in south central Somalia. 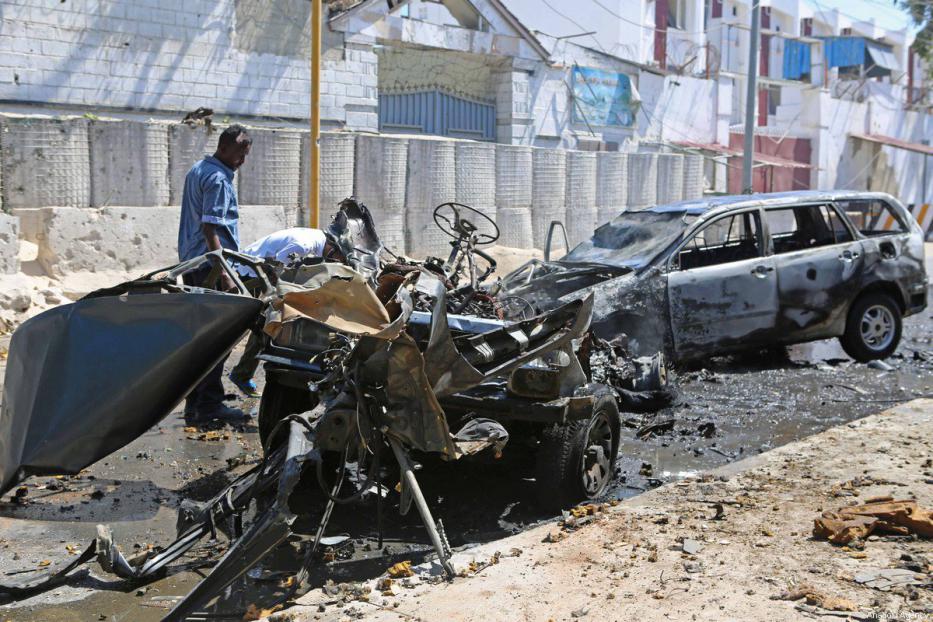 It is an unenviable task for Somali president Mohamed Abdullahi “Farmaajo” to resolve drought, corruption, an unratified constitution, and unfinished federalism disputes — all while bombs rain down in and around the presidential grounds.

U.S. DRONE DILEMMA:  The Pentagon says there is a “fair chance” a recent air strike in Mosul, Iraq may have killed numerous civilians, moving toward a similar retraction it made when a drone strike hit Somali regional forces last September.

This raises the risk of future errant strikes. in Somalia. In the September strike, Galmudug officials blamed Puntland for giving the U.S. faulty intelligence, while Puntland claimed the strike hit al-Shabaab militants. Subsequent fighting between the two regional forces displaced over 90,000 — showing the potential for misdirected strikes to cause instability. The Pentagon ultimately accepted responsibility for friendly fire.

Alternatively, the drone policy could lead to another major success, such as the March 2016 strike that killed more than 150 al-Shabaab militants in a training camp — one of the most lethal U.S. drone strikes ever carried out. Will Trump’s strategy to defer major operational decisions to the Pentagon bring positive results?

Like Loading...
‹ Somali Refugees Returned from Kenya to Somalia Amid Ongoing Drought
Piracy, Drought, and Security Shakeups in Somalia ›

Categories: Around the Horn