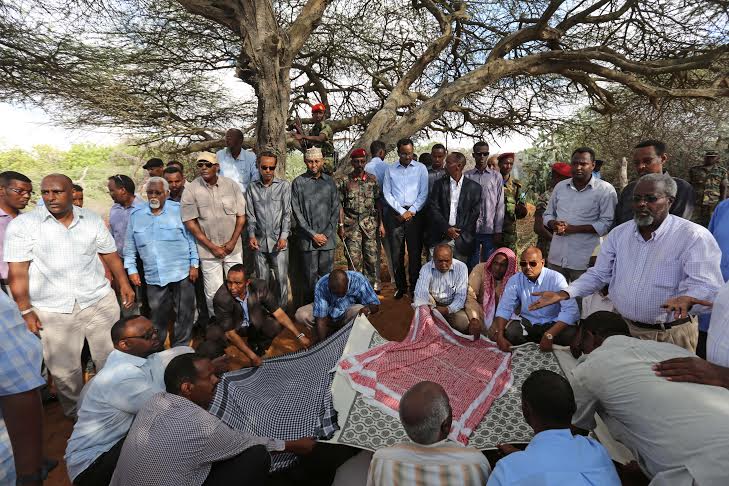 8 December 2013 – Somali MP Mohamed Warsame Feysal was laid to rest in Mogadishu on Saturday after he was killed in a mysterious car bombing on the Villa Somalia presidential grounds after Friday prayers.

Mohamed was said to be a close ally of now Acting Prime Minister Abdi Farah Shirdon, who was ousted by parliament a few days earlier.

There are no confirmed details on who was behind the bombing.

In response to Mohamed’s kiling, Shirdon stated, “My Cabinet and I send our condolences to the family, friends and colleagues of Mohamed Warsame Mohamed MP, killed today in a brutal attack as he returned from Friday prayers.”

Shirdon also said, “This cowardly attack will not derail the progress made in Mogadishu and across Somalia. I ask the security agencies to investigate this cowardly killing and ensure that those who carried out this attack face justice.”