Somalia’s President Hassan Sheikh Mohamud recently revealed the government bought weapons to bolster domestic forces and also asked for an extension to the one year partial relaxation of the 1992 arms embargo issued by the UN Security Council in March 2013.

Some steps have been taken to resolve the tricky issue of weapons management. 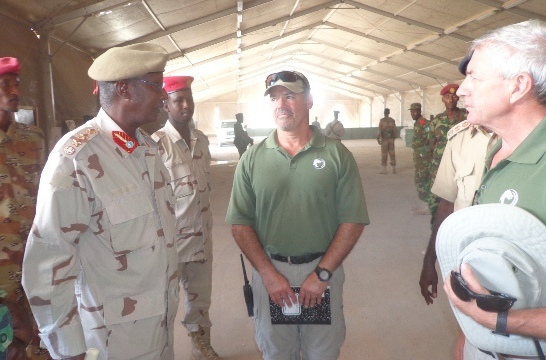 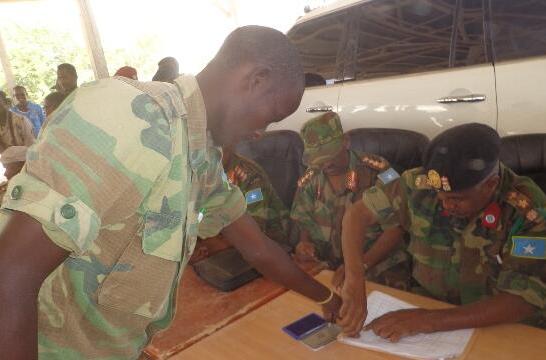 Who Gets The Guns?

One of many contentious issues continues to be which domestic forces will receive arms bought by the government.

Perceptions that arms are not distributed fairly undoubtedly will continue to sow seeds of distrust among the various armed factions, regional political actors, and the central government.

Though arms have flowed freely in spite of the embargo, there are still imbalances between those that have significant caches of military equipment and those that do not.

For example, on 28 January 2014, AMISOM began training Interim Jubba Administration (IJA) forces just outside of Kismayo with many soldiers not having proper uniforms and none (from publicly released photos) appearing to have arms with which to train.

This is not an optimal environment under which recruits can effectively learn to battle disciplined and well-armed al-Shabaab forces.

It is unlikely that the Somali government will seek to fill the arms gap for the IJA in the short term since President Hassan’s administration was seen (especially by his opponents) as financially and militarily backing militias opposed to then “Jubaland” President  (now IJA head) Madobe during destructive fighting that took place in mid-2013.

Setting aside allegations of Mogadishu backing anti-Madobe militias, the Addis agreement that put a pause on the “Jubaland” crisis mandated that IJA forces integrate with the Somali National Army (SNA) through work done by a technical committee.

No visible progress has been made on the integration front, and this removes a key component to building the kind of local military cooperation that is necessary to beat al-Shabaab and establish overall security in the short- and long-term.

Even if forces did “integrate” on paper, there are clearly deficits in force cohesion and effective military hierarchies that would make practical cooperation difficult.

More broadly, fighting between clan militias in Lower and Middle Shabelle–several of which nominally were under the banner of the SNA–have picked up in the last few months over land, politics, and other issues.

Though certainly not always the case, some of these battles have pitted traditionally more well-armed clans versus historically “weaker” clans.

In one case from June 2013,  Jowhar district government officials accused a “weaker” clan in the region of getting assistance from al-Shabaab–mostly because of the kind of weaponry the latter was bringing to the skirmish.

Warlord and SNA General Indha Cadde cast essentially the same accusation when he was battling Biimaal clan forces in Lower Shabelle in late 2013.

In the context of buying more arms, one key question will be which groups receive weapons and what steps can be taken to reduce the risk that these arms will be used to fight rival groups rather than al-Shabaab.

All these situations highlight a few of the many dilemmas that come with rehabilitating the country’s fractured forces.

Like Loading...
‹ Social Media Reactions to AMISOM’s Hit and Run in Mogadishu
Analysis: Baidoa Becoming the Next Crisis in Somalia’s Federalism Process ›