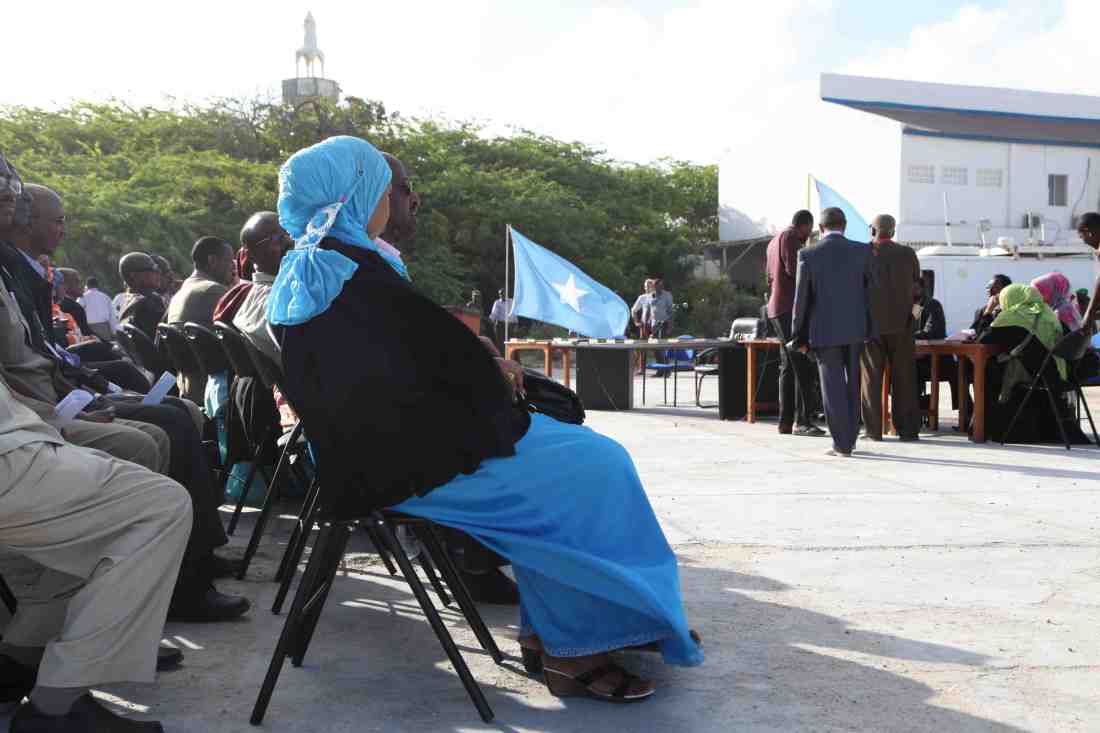 On 21 August 2012,  Somalia’s new parliament met in Mogadishu’s police headquarters at the School Polizio to organize the commission that will oversee the selection of the upcoming Speaker of Parliament.

The meeting was chaired by interim Parliament Speaker General Musa Hassan Abdalla–the 72-year old ex-Siad Barre military official who will hold the position until his successor is chosen.

General Musa was given the role as interim Parliament Speaker in a tradition only as recent as the Dijibouti process in 2000–in which a similar controversy over the formation of the new parliament resulted in assigning the eldest member of the body to preside over the process to select a Parliament Speaker.

The 184 MPs in attendance during the closed-door session organized a 15-member committee to handle the Parliament Speaker selection, including the following:

General Musa stated that the parliament would receive applications for the Speaker of Parliament position until August 25 and a final vote would take place on 26 August 2012.

Like Loading...
‹ Formation of Somalia’s New Parliament Delayed By Disqualified Candidates
In Somalia, A Presidential Battle and Country’s Future Looms ›