In Somalia, A Presidential Battle and Country’s Future Looms 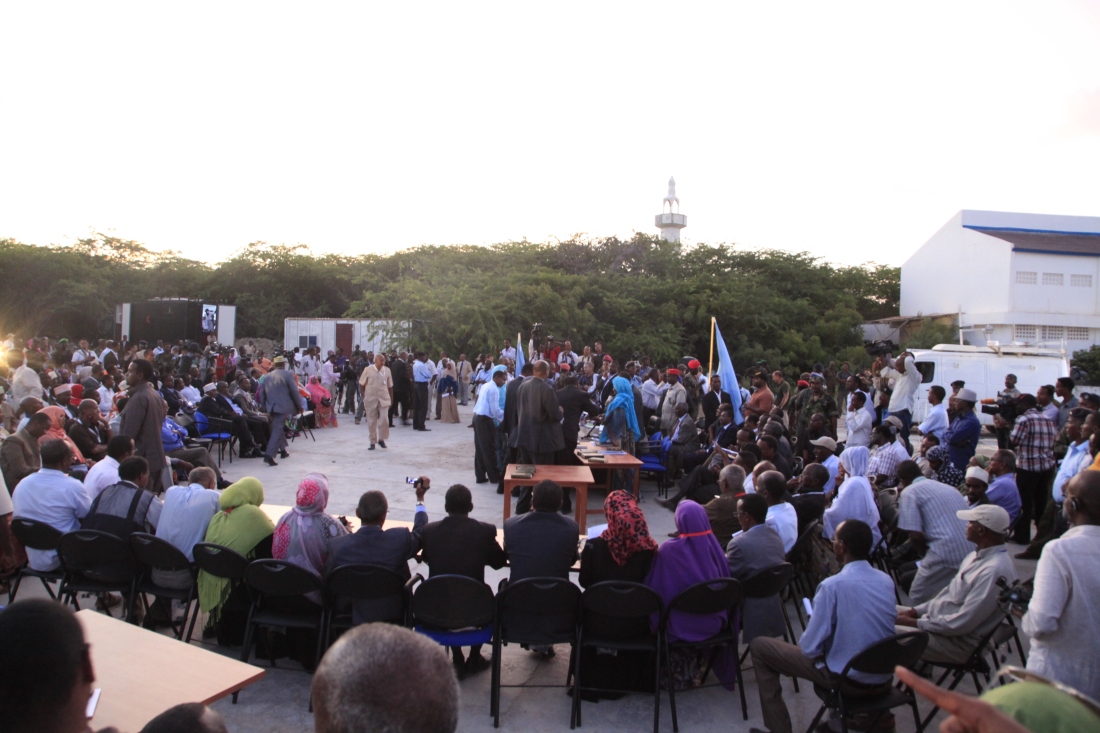 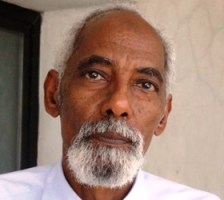 Jawari, who hails from the Digil/Mirifle (Rahanweyn) clan, served as Minister of Transport and Minister of Labor and Sports during the regime of Siad Barre before moving to Norway during the Somali civil war to work as a teacher.

While in Norway, he served as Chairman of the Muslim Society of Trondheim.

Jawari also served as a constitutional advisor to UNDP and spoke at numerous constitutional forums. In one such meeting, Jawari gave insight to his future vision of the country, stating:

“We have to try to convince the people to put their weapons down and come up with a constitution for Somalia. There is no such thing as people of blue blood nor is there a clan better than any other. Autonomy is first of all being responsible for yourself, for your family. Independence has nothing to do with ethnic backgrounds. Your children are your right hand, they need your support.”

It is hoped that Jawari will address the deep-seeded clan-ism and violence that many Somalis aim to resolve as the country moves forward.

They key question will be whether Jawari, as a legal and historical scholar, can transform a political regime whose mantra is “Maxaa igu jira?” (“What’s in it for me?”) or whether he will fall victim to the weak institutions, corruption, threats of violence, and political rivalries that typify Mogadishu politics.

Implications for the Presidential Race

In the backdrop of the campaign against al-Shabaab and the Parliament Speaker race, Presidential candidates are working behind the scenes to ensure that they maximize the votes they receive from Somali MPs.

The traditional selection of a Rahanweyn clan Speaker in Jawari means that the remaining two most powerful government posts, those being the President and Prime Minister, likely will be split between Darod and Hawiye clan representatives.

This fact essentially prevents Rahanweyn clansman and ex-Parliament Speaker Sheikh Sharif Hassan Adan from making a serious run at the Presidency–apart from his insufficient educational qualifications.

As a result, there are rumours that ex-Prime Minister Abdiweli Gaas and Sheikh Sharif Adan are working together to ensure that they recruit enough support among MPs to elect Abdiweli to the Presidency, with the assumption that Adan would occupy a comfortable ministry position as a reward.

Other Presidential candidates are following suit in the scramble to build coalitions among elites (in addition to distributing financial “incentives“) before the presidential vote is held about 10 days from now.

“Alliances are also in vogue. At least 13 candidates including US-based Somali dons like Dr Ahmed Mumin Warfa and Dr Ahmed Ismael Samatar recently formed an association in a bid to counter the big boys such as PM Ali and President Ahmed.”

It seems that presidential candidates who are running “solo” in their campaign may be just as isolated on election day–even if you are as publicly popular as ex-Prime Minister Mohamed Abdullahi Farmaajo.

Though candidates such as Farmaajo and Abdurahman Moalim Abdullahi Badiyow may be popular among the public, it is the parliament who has the privilege to vote. Thus, winning a majority of MP votes–not those of radio listeners as Farmaajo did recently–is the name of the game.

Not to be out-networked, ex-President Sheikh Sharif Ahmed is using every tool at his disposal to get re-elected. In what can only be described as a sinister and cynical move, it appears Sheikh Ahmed may have ordered the intimidation of Farmaajo supporters recently at a political rally in Mogadishu, resulting in the death of at least one Farmaajo supporter.

Additionally, Sheikh Ahmed has enlisted a judge that he appointed to the Somali High Court to rule on the qualification of over a dozen warlords that the Technical Selection Committee found to be unqualified for parliament on the grounds of the crimes that they committed during the Somali civil war.

Because these warlords represent critical potential votes for Sheikh Ahmed in the presidential elections, this explains why the ex-President is bypassing the legally mandated Elders Arbitration Board as the official conflict resolution mechanism for the MP selection process.

The TSC refused Chief Justice Aydid Abdullahi Ilka Hanaf’s request to come to the court to participate in the extra-legal affair that would “decide” the fate of the disqualified warlords.

However, Ilka Hanaf disregarded the TSC’s absence and later announced on 28 August 2012 that he was reversing the group’s decision, thereby, admitting 13 previously rejected warlords to join 260 other official MPs in parliament.

Strangely, this new development was not mentioned in the UN Special Envoy Mahiga’s statement on the same day, but a response will be necessary moving forward in order to reconcile the issue.

Though it is unclear if Sheikh Ahmed would perform his best Laurent Gbabgo impression if he loses the Presidential election,  there are a myriad of ways and plenty of motivations for spoilers to create disruptions in a fragile government such as Somalia, and one certainly cannot depend on Sheikh Ahmed to lose in grace and ignore these opportunities.

Amid of all this drama, Somali government forces and international allies continue to march toward Kismayo to oust al-Shabaab from its financial hub and bring the group to its knees.

However, Islamist militias have thrived in recent decades for more reasons than controlling Somalia’s most important port.

One important center of gravity for these groups is the fact that many of the cities recently taken over by the government often do not see the benefits of being under government control.

Rather, local communities often experience harassment on behalf of trigger-happy Ethiopian troops or undisciplined and unpaid Somali government forces. This leaves a long-term opening for sympathies toward al-Shabaab, even as they continue to kill other Somalis.

(While there are some cases of the Somali government improving services in liberated areas, it is not necessarily the norm.)

Additionally, it is unlikely that the Somali government and international allies’ tag team of former warlords and Islamist militants can provide the kind of stability between clans in the territories that it has liberated (and those which it plans to liberate, aka, the social circus that is Kismayo.)

In fact, it was the ineffective leadership of these individuals that contributed to the rise of Islamist militias in recent decades.

If al-Shabaab doesn’t crack under its own internal rivalries, it (or some future Islamist group) certainly will have plenty of chances to exploit clan rivalries, the abuses of foreign forces, the re-arrival of warlords throughout the country, and the failure of the Somali government to deliver basic services to local communities in order to have another opportunity to show Somalis that it can do more than merely detonate young men and women in public.

As the world watches (and in some cases dictates) Somalia’s transition, it should be careful not to contribute to the instability in an environment that is growing more complex by the day.