Analysis: Somalia’s Response to the Federalism Crisis in Baidoa

Violent political tensions in the Bay region capital of Baidoa have been growing steadily as the city has become the most recent flashpoint in Somalia’s federalism crisis.

There have been several past and present triggers leading to the current tensions:

More specifically, Somalia’s PM Abdiweli Sheikh Ahmed and Parliament Speaker Osman Jawari have called on Baidoa stakeholders to visit Mogadishu for “pre-consultation” ahead of an effort it will lead to create an interim administration for Bay, Bakool, and Lower Shabelle involving an unspecified number of groups.

When UNSOM and IGAD began talking about its recognition of the growing crisis in Baidoa, there was an eerie feeling that another contentious political process was going to be taken outside of Somalia and settled–like Jubaland–in the ever warm seats of Addis Ababa’s negotiation rooms.

However, the SFG’s recent call for a “pre-consultation” and dialogue in Mogadishu is perhaps a welcome step in keeping Somalia’s problems and solutions inside the country–even as multiple SFG delegations sent to Baidoa to reconcile rival camps have failed. 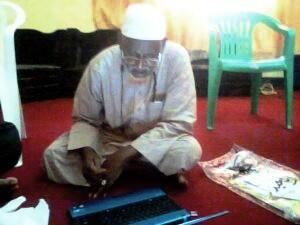 On one hand, the SFG’s mandate among stakeholders to “discuss” the creation of an interim 3 region administration is a sign that it is willing to take a bold stand on a controversial sociopolitical issue, unlike its dithering on whether to prosecute al-Shabaab spiritual leader Sheikh Hassan Dahir Aweys who remains in house arrest.

On the other hand, it is controversial for the SFG as a mediator to pre-determine the framework of an outcome that clearly favors one side (SW3) and is in fact one of the core issues that parties are contesting.

It will be critical to see how SW6 and other interest groups respond to this invitation for dialogue.

Is the SFG on Defense or Offense?

The SFG’s call essentially for a Southwest State with Bay, Bakool, and Lower Shabelle could be considered as a defensive move to protect whatever integrity remains of the Addis Ababa agreement with Sheikh Ahmed Madobe. To date, key provisions of the deal such as the handover of Kismayo port/airport and integration of militias into the SNA have not occurred–in part due to unwillingness and lack of sincerity among both parties.

On the other hand, many suspect the SFG is playing offense: the call for creating a three region state has been seen by some as a gift to aspirant Southwest State leader Sharif Hassan–who has several allies in the new cabinet and allegedly helped President Hassan tally votes in parliament against former PM Shirdon. [Hence, Sharif’s nickname Sakiin or razor.]

Additionally, the SFG’s move in effect negates the recent conference held by stakeholders to form “Shabelle State,” which on paper comprises of Lower and Middle Shabelle. Even though its president and vice president were recently “inaugurated,” Deputy Middle Shabelle governor Ali Osman Ibrahim had rejected the effort in entirety–putting another obstacle in front of the conference’s legitimacy that in part could have been a reaction to Baidoa’s state formation processes.

So, if the SFG succeeds in granting Lower Shabelle to Southwest State, this potentially creates an easier process to help Hiiraan region find a partner with which to merge as required in the federalism process. Hiiraan’s partner region would ostensibly be Middle Shabelle since Galmudug, Ximan and Xeeb, and ASWJ are in talks to form a state in central Somalia.

This does not guarantee an easy or non-contested process in these regions, but the SFG’s effort to shape up the federal alignment could be a factor in its strategy to deal with the Baidoa crisis and fate of the Lower Shabelle region.

Can the SFG’s Process Work?

Whether Somalia’s plan to put out the flames of the most recent federalism crisis depends on several factors.

Clearly, the role of Sharif Hassan will be important. Sharif is a dubiously wealthy and “effective” politician insofar as his ability to accomplish his often self-centered political aims. But his unpopularity in Baidoa makes him as much of a spoiler as kingmaker in the upcoming negotiation process.

Any effort that is seen to reward or legitimize Sharif Hassan likely will not be considered very legitimate in Baidoa, and some Lower Shabelle stakeholders might feel similarly.

Given the outrage that the mere whiff of Sharif Hassan’s presence has caused in Baidoa, it would be hard to imagine him taking residence in Baidoa in the short-term as any kind of authority with local support. A perceived victory for Sharif would also do significant damage to the relationship between the Bay region capital and Mogadishu–something the SFG can ill afford in its federalism experiment.

It also will matter what parties the SFG invites to help form the interim administration. It is perhaps a given that the controversial Sharif Hassan will be present and likely cause grumbles especially among the SW6 representatives.

But more broadly, there is a sizable number of aspiring political leaders, as well as clans/sub-clans in Bay, Bakool, and Lower Shabelle that vary in sociopolitical influence and are interested in benefitting from the outcome.

Fighting between clan militias near KM50 or in Marka represent just how high the stakes are for territorial, social, and political power in Lower Shabelle alone. This should tame shallow thoughts that a 3 region state is more “practical” in governability. Failure to include certain parties as in the Addis Ababa agreement risks delegitimizing any conclusion of the effort.

Lastly, it is difficult to imagine the SFG leading a process to create an interim administration that takes enough time to reach an effective consensus on complex issues, including how authorities are appointed at the top and within the interim administration and which parties will control key resources such as sea and airports.

The aforementioned number of parties who may seek gains in this regard makes the invitation list, sincerity, and length of the process even more important.

With the violence in Baidoa threatening to mimic that of earlier fighting in Kismayo during the Jubaland crisis, the last thing that is needed is an Addis Agreement 2.0: a non-inclusive and unimplemented deal reached in brief talks.

At least in this case, the responsibility of the outcome–bad or good–falls more squarely on the shoulders of the Somali government, rather than foreign officials.