Since the Somalia National Army (SNA) vacated Marka on 12 July allegedly due to unpaid salaries, AMISOM and al-Shabaab have engaged in a social media battle about who really controls the town.

After Al-Shabaab claimed to recapture of the town, AMISOM quickly posted on its Twitter account that this information was false. As a caveat, AMISOM stated that it was not actually in the town itself, but was posted 800 metres away.

On 13 July, al-Shabaab tried to bolster its claim that it was present in the town by posting initial photos of its fighters in Marka surrounded by dozens of children, who probably had no choice but to attend the mid-day fete. 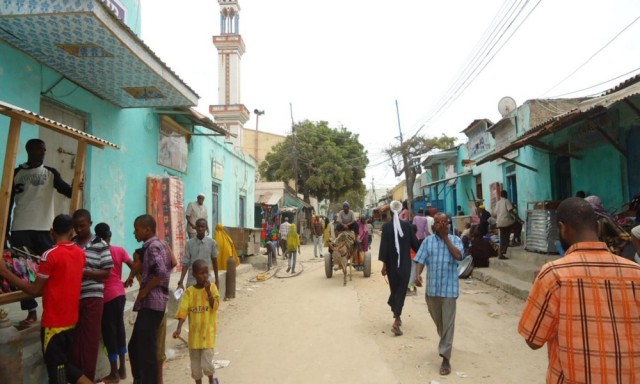 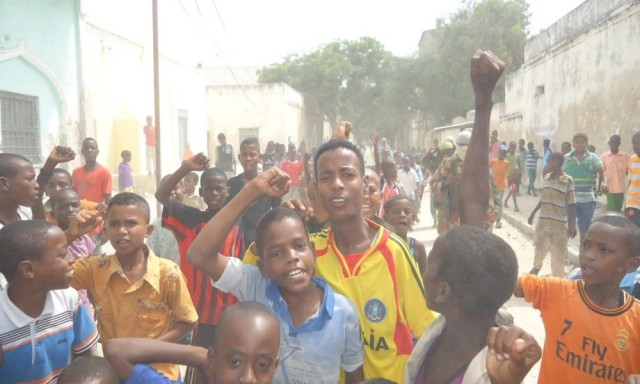 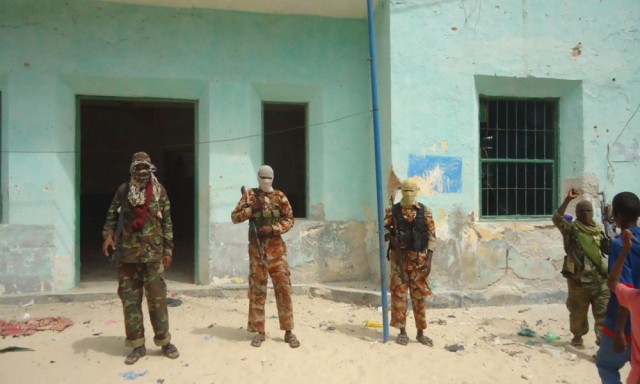 AMISOM probably realized it had to go on another media offensive. Days later, Colonel Peter Omola, an AMISOM commander with the Ugandan military, held a press conference four miles outside of Marka in Ceel Jaale with Somali journalists to explain his side of the story.

“Contrary to media reports of late concerning the security situation in Marka…that (al-Shabaab) are in control of Marka…AMISOM forces [are] in full control of Marka city. AMISOM operations require that we conduct constant routine patrols in Marka city and that’s what we are doing.”

Omola described that he did not know why the SNA pulled out of Marka but assessed the situation was still stable and calm:

Omola then caveated how al-Shabaab may actually have remained present in the town by blending in with locals:

“Whatever there might be in Marka could be…a very small pocket of al-Shabaab that may have melted into the civilian population. They do not put on any uniform whatsoever. They are living with the civilian population — if there is any [al-Shabaab] and try and terrorise the population. But we’ve always made sure that the locals go on their businesses normally without any interference from al-Shabaab. You are going to see this for yourself today…[The SNA leadership] are promising us that the SNA that were in Marka city are soon coming back. I know when that happens, the situation will improve further. Al-Shabaab is very good at propaganda. Al-Shabaab will manage to sell and make you believe anything through the media. But what is exactly [happening] on [the] ground? Al-Shabaab does not have a particular place. Al-Shabaab blends with the population.”

Omola also responded to consistent allegations that AMISOM often withdrew from locations, giving up some of the territory captured from al-Shabaab over the years. Omola rightly points out that the lack of a functioning police system in key cities puts AMISOM in a tough spot in regard to day-to-day policing and stabilization efforts. However, the continued use of ‘tactical redeployment’ as a euphemism for ‘withdrawal’ probably is not swaying public opinion about how this tactic impacts local communities.

“AMISOM does not withdraw. What we only do if it ever happens is maybe there is a tactical redeployment of troops. We don’t withdraw. What happened in Marka this time. SNA pulled out of their position. We are not far from each other. About 1 km…So we didn’t see any reason to withdraw. We are here to protect the people. There is an administration in Marka city, but [it] is not very effective. But it is there. There is a District Commissioner. We work with him, his staff, [and] the elders. What is lacking in Marka which I think should be in place is police.”

After the press conference, AMISOM released photos of its own forces on patrol in the city, showing that it could back up its claims with photo evidence as well. 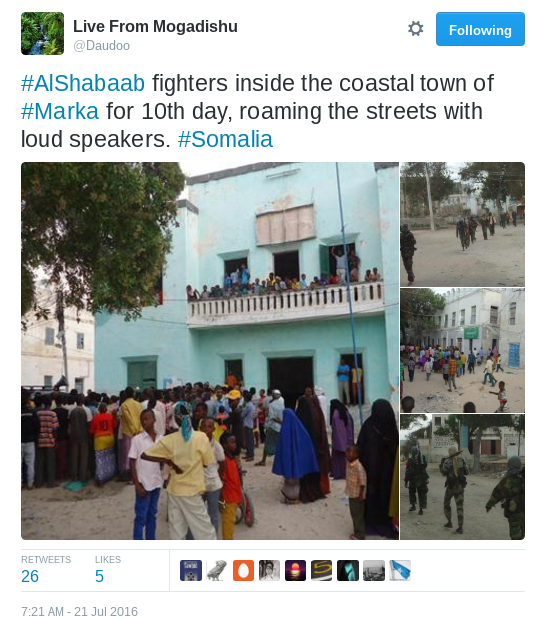 As of 26 July, AMISOM was reportedly preparing to take complete control of Marka again, and judging by the continued body of reporting, Marka may be suffering a mixture of ambiguous administration from al-Shabaab and clan militias at the moment.

Like Loading...
‹ Is Somalia Set for Another Breakaway State?
Which AMISOM Countributor Is Most Accountable for Its Actions in Somalia? ›