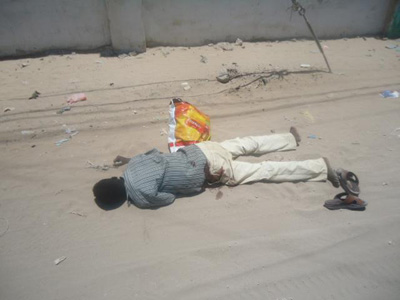 On 19 July 2012, attackers in Mogadishu reportedly assassinated Maxamed Ali Hussein, who served as the Deputy Director-General of the Ministry of Finance in the Transitional Federal Government (TFG).

Reports indicate that Mr. Hussein was gunned down as he was about to enter a house in the Suuqa Xoolaha neighborhood of the Heliwaa district, located in the north-western outskirts of the capital.

The attack comes as Somalis in the capital prepare for the first evening of Ramadan.

No individual or group has claimed responsibility for Mr. Hussein’s death, but the attack is the second assassination of a TFG official in Mogadishu in the last week.

On 16 July 2012, al-Shabaab claimed responsibility for a car bomb that killed Member of Parliament (MP) Mr. Mohamud Abdi (Garweyne) and a female passenger, as well as injuring at least six others.

Though al-Shabaab has withdrawn its main forces from the capital, the group has reportedly developed “hit squads” that would be responsible for the types of attacks that claimed the life of Mr. Hussein and Mr. Garweyne.

If true, this leaves the question whether Mr. Hussein’s divulsion of sensitive information to the UN SEMG on government corrutption could have created  motives for other  individuals or groups to organize the attack–aside from the usual suspects in al-Shabaab.